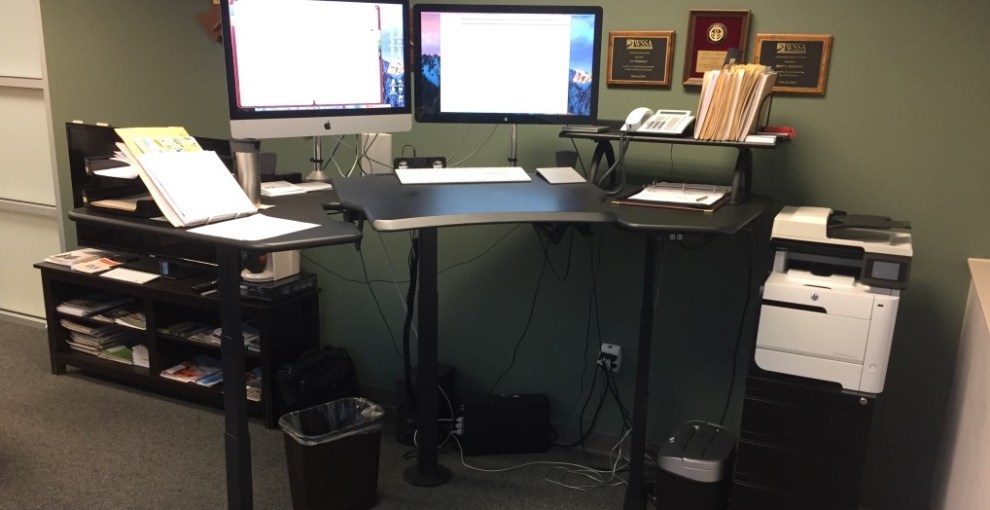 After finding out that I was getting the opportunity to become a faculty member and department head at the University of Tennessee in the spring of 2013, I was working with several people to help in the transition to a new state and a new position. Knowing that the position that I was accepting potentially had more stress related to it, I was concerned about the toll that the job itself, as well as the travel, might have. However, I had not given much thought to the office furniture that I might consider as a part of my overall well-being in a potentially more stressful job situation. I had originally decided to get the similar, more conventional furniture in my office that a colleague had shown me.

While expressing my thoughts to Cynthia, our staff person who was going to order the furniture for me, she asked me if I had considered other options for better ergonomics. I had but thought perhaps that it would be frivolous to consider purchasing something like that in my role. She talked me into at least looking at some options, so I did. After some investigation, I finally decided on a desk that was adjustable so that I could stand or sit. It turns out that human beings really aren’t built to sit that much based on the some of the research that I had read about. What was the worst thing that could happen? I get a desk that allows me to stand but I sit instead? All furniture is expensive it seems but, so is a triple bypass. Maybe I have better circulation because I stand and maybe it prevents some bad things from happening too soon from a stressful job.

After three-plus years of using a stand-up desk, I am a strong proponent. If I am in my office at the computer, I stand on a mat that I purchased on my own that has memory foam. My lower back feels great when I used to have some issues from time to time. I feel much more engaged while I’m reading or working on the computer, particularly in the afternoon. Seems like if I read anything while sitting, I tend to wobble my head like a newborn toddler with no neck control because it puts me to sleep. I don’t have that problem in the afternoon while standing. I don’t feel as if my mind wanders as much and that I am a bit more intentional about what I’m trying to accomplish. It is almost as if I am “in the game” and doing what I can to maximize my efforts.

I am glad that I have a stand-up desk and I highly recommend it. I have noticed that others in the department are adapting to these also. They come in many forms and price ranges and can conform to an already established desk (See varidesk.com). I settled on a Biomorph (www.biomorph.com) but there are many others. Take a look; maybe it will work for you, too. 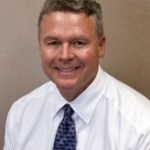 Scott is a professor and department head in the Department of Plant Sciences. He and his wife, Laura, have been in Knoxville since July of 2013. He is originally from Tipp City, Ohio and received his B.S. from Wilmington College of Ohio. He received his M.S. and Ph.D. from the University of Arkansas and spent almost 19 years as a faculty member at Texas A&M University prior to starting his position at the University of Tennessee.