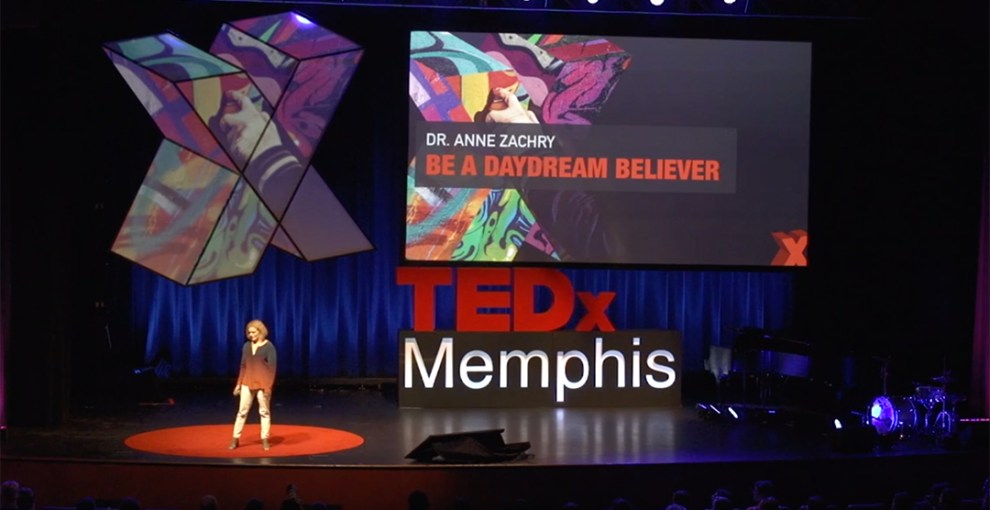 You might not expect a department chair at an academic health science center to give a talk about daydreaming, but that’s exactly the topic Anne Zachry, Ph.D., OTR/L, chair of the Occupational Therapy Department at the University of Tennessee Health Science Center, chose when she spoke at the latest TEDx Memphis.

She said the idea for the talk came from research for her books — “Retro Baby,” a back-to-basics guide to parenting published in 2013 by the American Academy of Pediatrics, and “Retro Toddler,” which is in the works.

“I kept running across content or studies that said children‘s creativity is limited,” Dr. Zachry said. “Children who have been born in the digital age have less creativity than those who were born earlier.”

She explained the hypothesis is that because there’s so much media use, children don’t have down time, and they don’t have time to daydream. “With daydreaming, they use part of their brain, the default mode network, which is also associated with creativity,” she said.

Dr. Zachry was invited to submit a proposal for the TEDx event after leaders from the College of Health Professions at UTHSC began investigating the possibility of hosting a TEDx event on campus in the future. She told the organizers she had an idea for a talk, and to let her know if they ever needed a speaker.

A few weeks later, she was on stage giving a 9-minute talk titled, “Be a Daydream Believer.”

“I was so nervous, but halfway through it, the audience was listening, and by the end, I didn’t even realize I was in front of that many people,” she said. Roughly 300 packed the Rose Theatre at the University of Memphis.

Dr. Zachry said she hopes the message of her talk resonates with her students. “We need our students to be creative and spend time thinking about what life really means to you and what kind of difference you want to make in this world,” she said. “You will become more creative, because you are taking time to reflect.” 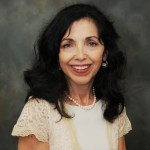 Peggy Reisser is a media relations and communications specialist in the Communications and Marketing Department at the University of Tennessee Health Science Center (UTHSC). She joined UTHSC in July 2013, after more than 25 years as a reporter, editor and department head at The Commercial Appeal in Memphis. Her reporting has ranged from business news; to general assignment, lifestyles and feature stories; to coverage of crime, law enforcement and state and federal courts. She served as an assistant features editor, and directed and managed the paper’s Lifestyles Department. She began her career at the Nashville Banner, where she was a political reporter, covering state government and the state Senate, and served as an assistant metro editor.

A graduate of the School of Journalism at the University of Mississippi, she is a board member of the Memphis Chapter of the Public Relations Society of America.