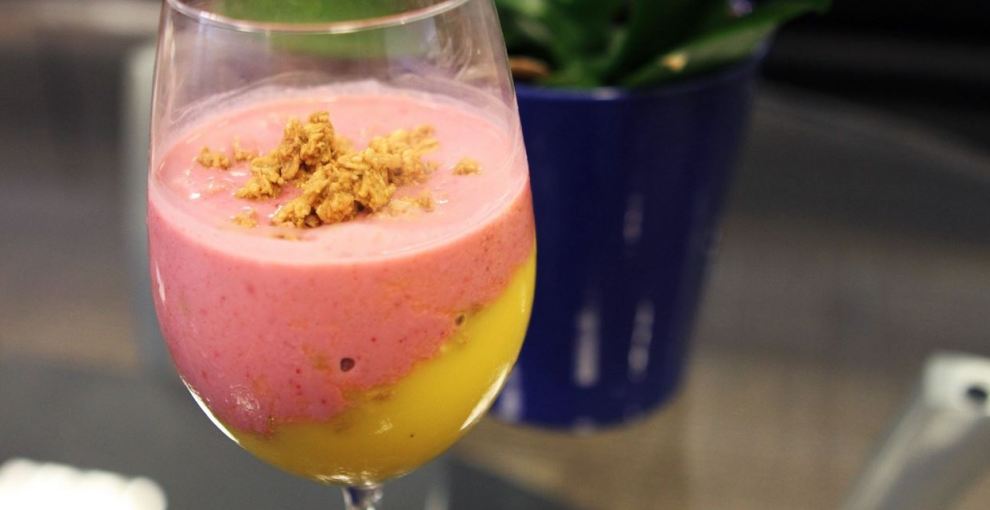 I love Netflix binges. I am a sucker for binging on documentaries because I rationalize that learning new things justifies spending an entire Sunday afternoon glued to the couch.

The documentary follows an Australian man as he travels across the United States. He juice fasts for 60 days and then adopts a plant-based diet. We had never made smoothies or juices but were inspired to give them a shot.

To Include or Not to Include Fiber

We didn’t have a blender or juicer and really didn’t even know the difference, so our journey began with research.

We found that blenders don’t filter anything out. Everything that goes into the blender ends up in the juice or smoothie. Juicers pulverize whatever you put in and separate solids from liquids, so only the juice comes out.

There really isn’t a definitive answer about whether blending or juicing is better. In my opinion, it’s best to do some research on blending versus juicing and make a decision based on your dietary needs or preference. My husband needs a high-fiber diet, so we opted for the blender. Plus, I have a beverage preference for frozen margaritas!

Vitamix was the most highly recommended blender at the time—and probably still is—but was out of our price range. The Ninja brand of blenders had great reviews, too, and my husband’s coworker vouched for its quality and reliability.

The adventure really began once we got the blender. We began by blending random veggies and fruits and forcing ourselves to drink every gross concoction we produced.

That was a bad idea that led to a lot of gagging—but also a lot of laughing!

Eventually, our trial-by-error method produced recipes that actually tasted good. But I really don’t recommend this hit-or-miss approach. I’m a big Pinterest user and recommend the site for finding smoothie and juice recipes. You can find healthy smoothies for breakfast, juice recipes for detox, smoothie ingredient “formulas,” or follow a juice and smoothie board.

As a vegetarian and distance runner, I’m very mindful of my protein intake. I need to consume at least 60 grams of protein—especially on long-run days—so I have to be intentional about replenishing lost nutrients.

My smoothies always include a scoop of Garden of Life Raw Organic Chocolate Protein Powder. I like this brand because it’s vegan and better tasting than other protein powders I’ve tried. If you don’t need the extra protein, you can skip it or swap it for another supplement, such as flax or chia seed.

My husband loves chicken fingers, Taco Bell, Philly Cheese steaks and basically all unhealthy foods. He eats a vegetarian and (mostly) clean-eating diet at home, but he always splurges on meat and a deep-fried something-or-other side when we eat out. Since he’s prone to indulging in unhealthy foods, he likes to make veggie juices to ensure he’s getting essential vitamins—before he demolishes a large french fry.

He drinks each 72-ounce batch within 24 to 36 hours because there are no preservatives. Therefore, the juice can spoil. You can add most any veggies to this drink, but I caution against tomatoes, broccoli and carrots because the taste and/or texture gets funky. The sweetness of the apple and pineapple juice offsets the veggie flavors, so you don’t need to add honey, agave nectar or other sugar or sweeteners. Also, use natural apple juice and pineapple juice to avoid high-fructose corn syrup.

Ingredients:
1 banana
1 washed Romaine heart (can swap for kale)
1 washed green or yellow squash (or both if they are small)
1 washed cucumber
Apple Juice
Pineapple Juice

Directions:
Put all ingredients in a 72-ounce blender pitcher. (You may need to give the veggies a rough chop to fit them into the blender.) Fill the pitcher ¾ full with apple juice. Fill the remaining space in the blender with pineapple juice. Blend. (Makes 72 ounces of veggie juice.)

Blending smoothies or juice is now a staple in our weekly meal plan. Sometimes I toss in a random fruit or veggie just for kicks, but mainly we stick to our trusted recipes or new ideas from Pinterest. I hope you’re inspired to give them a try, too! 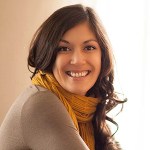 Lili’a Uili Neville is a runner, environmentalist and health nut. Lili’a is the communications director in the Office of the Vice Chancellor for Diversity at UT Knoxville. When she’s not at work, she is underestimating how long it will take her to complete a craft project, telling funny stories about her dog and cat or having a classy date night with her husband.