Stress in the workplace happens every day to just about everyone. It might result from a project with a tight deadline. It could come from a colleague with an irritating manner. It might travel with you from a sleepless night. Whatever the cause, stress has a big impact in the workplace.

So what is one to do? To answer that question, interviews were conducted with employees in high-stress jobs at each UT campus and institute to find out how they cope with and manage stress and to share their stories as a resource for helping others. 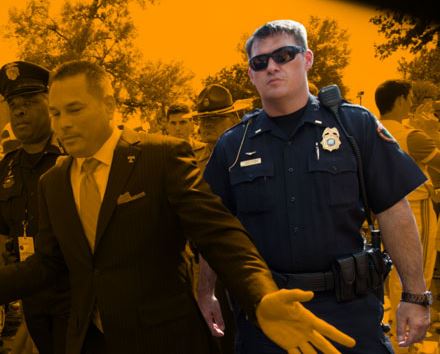 “While working an event, one of the patrons experienced a heart attack. Changing from a security mindset to a life-saving one, a group of us responded to the unconscious patron.

“Our CPR training took over, and we did everything step-by-step. I remember the stressors I felt—like rapid heart rate, fast breathing and an adrenaline kick.

“We managed to get the patron to a stretcher and applied the defibrillator, which delivered a shock like I’d never seen before. We continued CPR until we got him to an ambulance, but he later died at the hospital.

“I remember the family member thanking us for our effort, even though she was in the middle of this experience. I had this helpless feeling for her and wished I could do more. The situation was difficult for us. We got together and talked about it afterwards, which I think helped some of us deal with the stress of responding to the emergency.”

The Public and Media Liaison 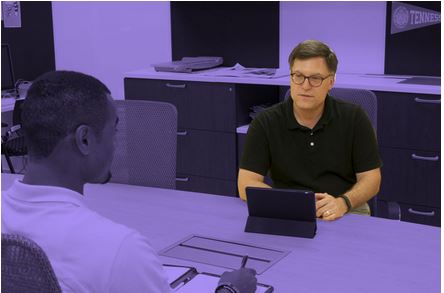 “I was in an interim director role, and the institute was gearing up for a big research initiative. We had an open house for the public and media scheduled to visit the research site. Then, suddenly and tragically, our department director and my supervisor passed away.

“I had a staff in shock and an event to handle where I really didn’t know if the public’s reception would be hostile or welcoming. Then, a few days later, we received a massive open records request, which is when someone requests to see public documents, including emails. And I’d never overseen one before.

“I was thrust into situations where I didn’t have a lot of experience, and we were dealing with some misinformation and needed to stay ahead of the noise. I didn’t want to let anyone down.

“I would go home at night mentally exhausted and in some physical pain, like back aches. But when I would go home, I would try to draw that line and say, okay, now I’m home, and I’m not going to worry about it. I tried to leave the stress at the office and just focus on my family when I was home.”

“During this past legislative session, our office worked through countless issues largely driven by a student event, Sex Week. After almost three months of working on the issue, it reached a boiling point.

“We knew we needed to call our grassroots network to action to let legislators know how UT’s advocacy base felt, but we weren’t entirely sure it would be enough to turn the tables in our favor.

“In the end, we had an overwhelmingly positive and effective response—and no legislation that impacted UT passed. However, the anticipation of the outcome—and unpredictability of it all—was enormously stressful.

“I make it a point to break down situations into elements that can be tackled piece-by-piece. Overall, it makes almost every project, speech, meeting or whatever the situation may be, more manageable. It’s a trick my father taught me.” 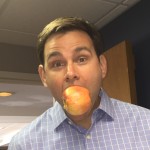 John is a UT graduate and currently works in the UT System Office of Communications and Marketing as a project manager. When he is not enjoying time with his wife and two children, you can find him riding his bike or dreaming up big ideas.